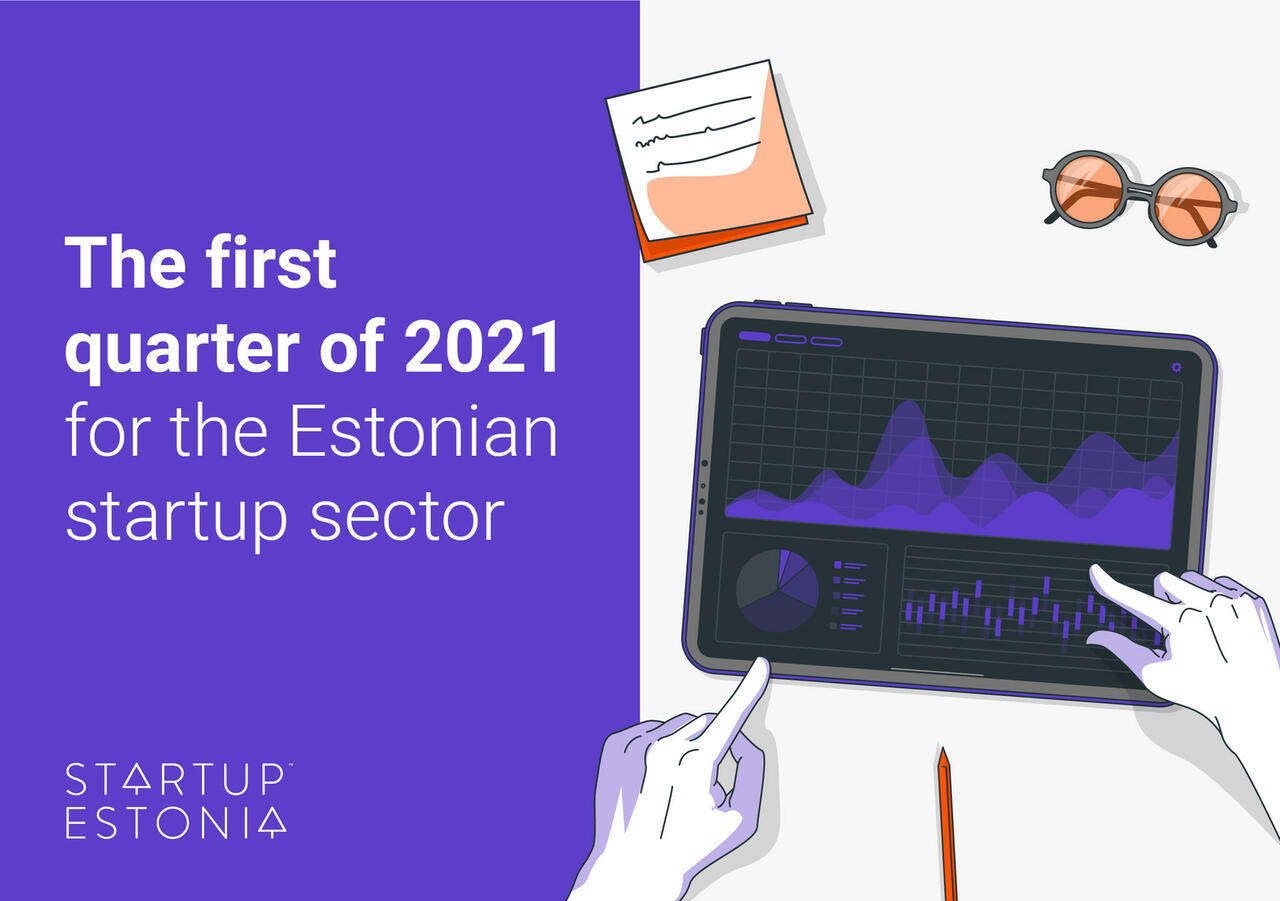 The first quarter of 2021 for the Estonian startup sector

According to Eve Peeterson, the Head of Startup Estonia, the corona crisis hit traditional enterprises as well as startups, but by today the startup sector is growing again. ‘’The turnover of startups has increased by 26%, showing not only the recovery of the sector but also improvements. Additionally, the investments to startups have shown a significant increase, showing trust from the investors towards the next Estonian unicorns,’’ she added.

The largest sector in terms of active startups was  Business software & HR with 206 active companies, equivalent to 18% of all startups in the Estonian Startup Database. The 3 month turnover of Business software & HR tallied 21 million euros. Startups in this sector paid a total of 3,1 million euros in employment taxes - the largest contributors were  Scoro (0,4M EUR) and Testlio (0,4M eur).

The FinTech sector covers 13% (151 startups) of all companies in the Estonian Startup Database with a turnover total of 31,9 million euros. At the end of the I quarter, FinTech startups had paid 8,4 million in employment taxes. The third-largest sector was Consumer products & services with 115 companies (10% of the startups in the Estonian Startup Database).

According to Estonian Tax and Customs Board, Estonian startups employed 6453 people as of March 31, 1% less than in the year before. However, we see the startup sector recovering from COVID-19, as since the end of 2020, startups have hired 381 people, showing a quarterly increase of 6%. The biggest employers among startups are Wise (982 employees), Bolt (757), Veriff (248) and Paxful (149). Moreover, 52% of the total number of people employed in the whole startup sector at the end of Q1 of 2021, were employed by top 20 startups.

Estonian Centre for Applied Research (CentAR) carried out a mapping regarding Estonian tech companies headquarters with the aim to gather info abou...

Powerful steps towards the end of a remarkable year