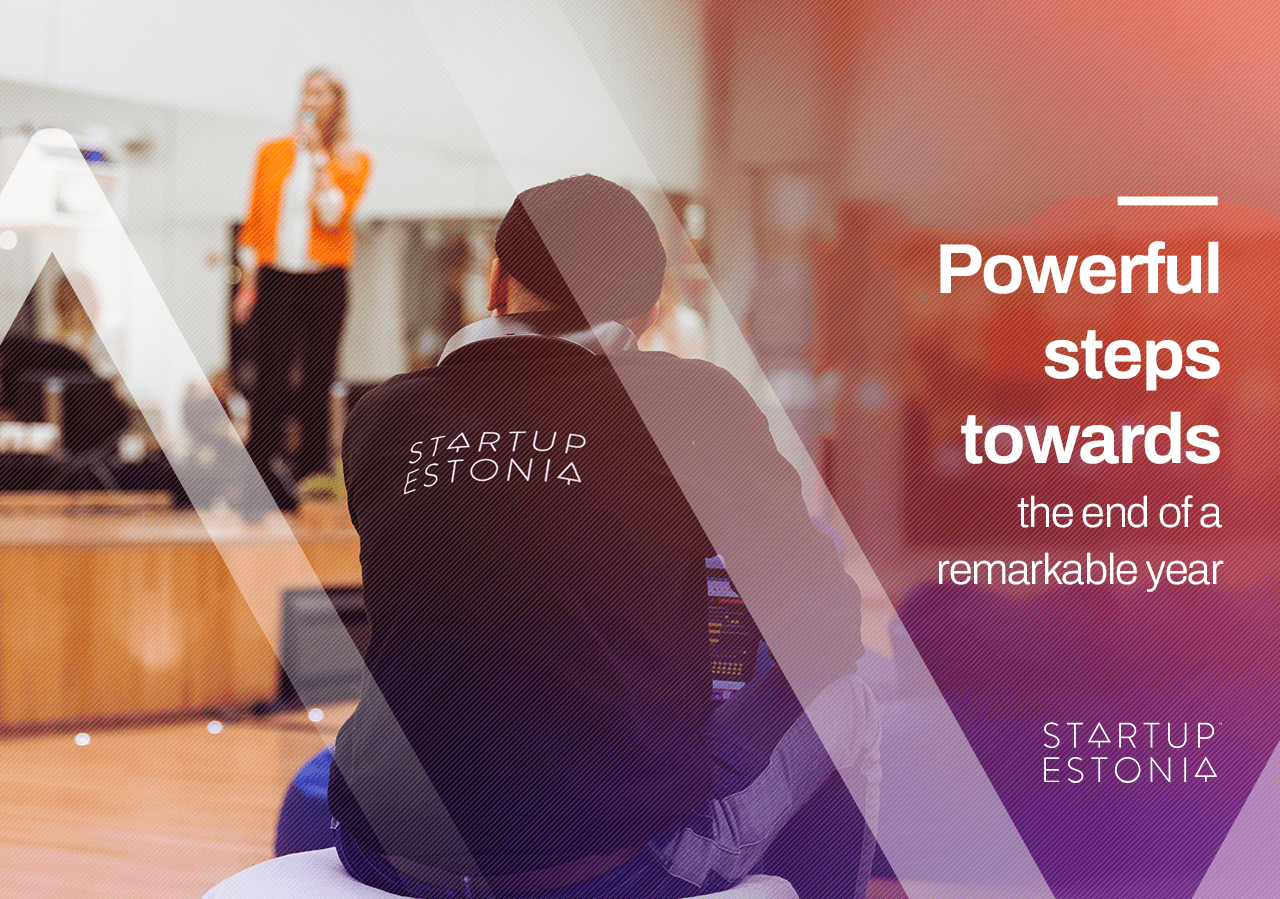 Powerful steps towards the end of a remarkable year

In the past months, the Estonian startup ecosystem has witnessed several historical moments. Wise became the first Estonian decacorn, Bolt secured a massive investment, GetID and SpectX successfully exited. On top of that, the TOPTech ranking announced Estonia’s 25 most valuable tech companies, and Estonia jumped in the ranks among emerging startup ecosystems. Let’s dig deeper into the first three quarters of 2021 in the Estonian startup scene.
To date, the Estonian Startup Database is home to 1290 startups, with 86 new startups created so far in 2021. The number of startups that have been active for at least five years is 347, which makes up 27% of the startups in the Estonian Startup Database. Since July 2021, the Estonian startup ecosystem can boast of its first official DECACORN. Wise - the fintech giant - had made history on its first trading day after being valued at a record-breaking 11B USD. Heartfelt congratulations on achieving a significant milestone!

Based on the crowdsourced database and the Estonian Startup Database, Estonian startups have signed 61 funding deals for 870M EUR in the first nine months of 2021, with 34 deals valued at more than a million euros. Compared to the same period in 2020, we can see a considerable surge in funding figures (174M EUR and 46 deals at the end of Q3 in 2020). In August 2021, Bolt raised 600M EUR in the largest Baltic funding round to date and a total of 620M EUR solely during this year, pushing its valuation to over 4B EUR. Additionally, several other Estonian startups have also attracted large investments in 2021 so far: Glia (64M EUR), Veriff (58M EUR), Starship Technologies (14M EUR), Scoro (13,8M EUR), Pactum (9,1M EUR), Fractory (7,5M EUR), Lightyear (7,2M EUR). Considering recent developments, we can anticipate reaching 1B EUR in investments at the end of this year.

During the first three quarters of the year, we have already seen two acquisitions in the ecosystem. Stockholm-based Checkin.com acquired Estonian identity verification startup GetID in August 2021. And in September 2021, Dynatrace acquired high-speed parsing and query analytics company SpectX. Both companies are active in the CyberTech sector.

Acknowledgments of the Estonian startup ecosystem

In the GSER2021 report, Estonia rose from 14th to 6th position among emerging ecosystems. The report ranks ecosystems by the weighted average of the following factor scores: Performance (45%), Funding (30%), Market Reach (15%), Experience & Talent (10%). When it comes to Estonia, the country scored very high in Market Reach (10) and Funding (9) but had an average score in Performance (6) and a very low score in Talent (1).

Overview of Central and Eastern European startups 2021, published by Google for Startups, Atomico, and Dealroom, indicates Estonia's success simultaneously in several aspects. Three Estonian companies were noted as the most valuable tech companies founded in the CEE region after 2000: Wise (2nd), Skype (4th), and Bolt (8th). It’s also noteworthy that Estonia, followed by Romania and Poland, has created the most startup value since 2000. In terms of venture capital investments plowed into startups between 2015 and 2021, Estonia is leading again with 2,62B EUR. Besides, Estonia has raised the most investment per capita (1967 EUR) of any country in Europe. As for the startups created per 1M inhabitants, Estonia came in first place globally with 1048 startups, followed by Israel (904 startups) and the US (724 startups).

Last but not least, according to the first ranking of Estonian technology companies compiled by Prudentia Advisory, Siena Secondary Fund, and Estonian Founders Society, the total value of Estonia’s 25 most valuable tech firms is almost 21B EUR, and the three most prominent of them are Wise, Bolt and Pipedrive.

All in all, the Estonian startup ecosystem continues to gather momentum, paving the way for becoming a springboard to the ever-growing number of matured and impactful startups, which will further support new founders´ quest for realizing their dreams of building a better future.