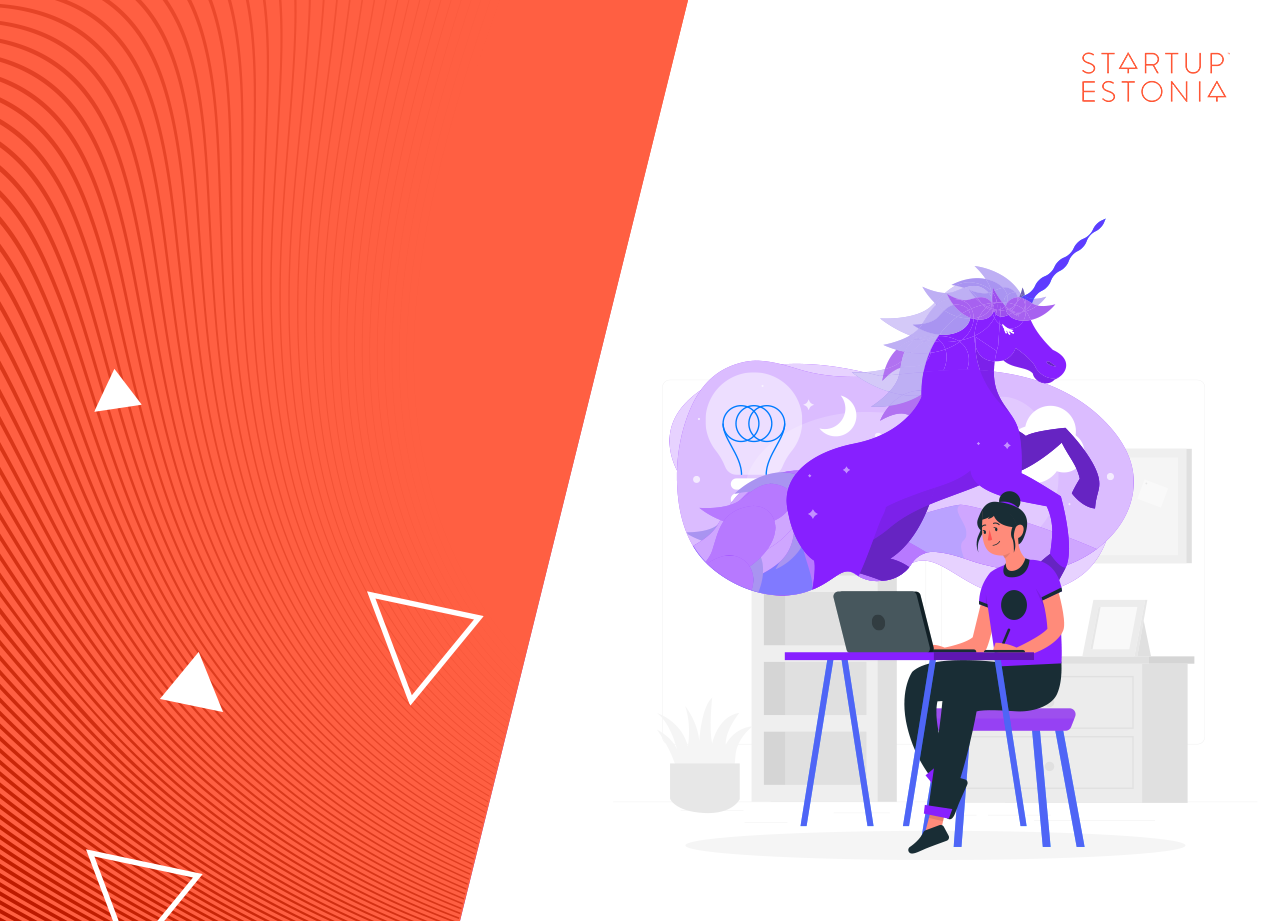 Estonian startup ecosystem continues to gain momentum in mid-2021 and is currently home to 1216 startups. While investments potentially approach 1B EUR by the end of the year and turnover of startups is marked by a robust increase of nearly 50% versus 2020, the Estonian startup sector is also characterized by maturity. Let’s dive deeper into what has made the first half of 2021 for the Estonian startup scene remarkable.

The employee count in the Estonian startups remains on the rise with an +11% growth in a year from 6260 to 6938 people employed locally at the end of the second quarter of 2021, according to the statistics from the Estonian Tax and Customs Board. Compared to the end of 2020, the growth has been even higher (14%), yet still, the progress seems relatively modest against the yearly growth of last year (from Ist half of 2019 to Ist half of 2020), which amounts to 15%.

Even though the recruitment rate in Estonia temporarily slowed down due to economic disruptions wreaked by the pandemic, we can still notice positive developments in the volume of professional occupations within the local startup industry. If we look at the total number of employees, who have worked in startups during the first half of 2021 for at least a day, the number is even higher. According to  Statistics Estonia, 7869 people had worked for Estonian startups during the last 6 months. Given the relatively small working-age population of the country, we can conclude that every 87th employee in Estonia is actively engaged in startups in one way or another.

Among the top employers of the year so far, Wise is leading with 1079 employees and 150 new hires. Bolt is right behind next with an increase of 134 new employees, adding up to a total of 818, followed by Veriff alongside Swappie with 265 and 229 employees correspondingly.

As for the demographic composition in startups, a detailed inspection reveals that there have not been considerable changes and trends are similar to 2019 and 2020. In other words, women account for 36% of startup employees, and men constitute 64% of the working force in the field. The staff of startups is still relatively young: 46% of employees are between the ages of 21 and 30, while 41% are aged 31-40.

Based on statistics from the Estonian Tax and Customs Board, we can observe that the growth rate of employment tax contribution in 2021 fell to +17% (56M EUR), down from +34% (47,9M EUR) in 2020,  Nonetheless, the sum of employment taxes paid by Estonian startups stays positive for another consecutive year, with a total year-to-year gain of roughly 8M EUR.

Speaking of individual startups, which contributed the most to date, the top 5 comprise Bolt with 8,3M EUR, Wise with 7,6M EUR, Paxful with 2,7M EUR, Veriff with 2,4M EUR, and Starship Technologies with 1,7 M EUR.

According to Statistics Estonia, the average monthly gross salary in Estonian startups over the first six months of 2021 was 2685 EUR, which is close to twice as high as the Estonian average. This is also approximately an +11% rise from the salary of 2398 EUR in 2020. Evidently, local startups, once again, had proved to be generous in wages.

As the number of investment deals in the ecosystem keeps growing steadily, we are increasingly convinced that Estonian startups are attractive for investors. It is striking that the size of investments has gone up significantly as well. Exactly 18 investments worth at least 1M EUR have been plowed into the startups in the first half of 2021 alone. Overall, there have been 45 new investment deals up until now (10 more than previously last year). The total sum of all these investments soared to its newest mid-year peak of 223,4M EUR from the 142,7M EUR in 2020, based on the crowdsourced database and Estonian Startup Database.

Glia tops the list of the biggest investments in the first half of 2021 with 64M EUR. Veriff comes second, landing 58M EUR, and Bolt follows right after with 20M EUR. Starship Technologies along with Scoro also made it to the top 5 of the last six months for raising 14M EUR and 13,8M EUR respectively. Please also note that Bolt’s massive investment (600M EUR) was not included in the calculation of total numbers for the first half of the year because it happened in August 2021. But considering recent developments, we can anticipate reaching 1B EUR in investments at the end of this year.

Even though the world is still paralyzed with limited mobility, the Estonian Startup Visa program continues to successfully attract talent from abroad and help startups seamlessly relocate to Estonia. That was clear from the fact that 466 global founders and startup employees have been granted temporary residency permits and visas to become a part of the Estonian startup ecosystem since the start of 2021. The top 3 countries for founders were Russia, Iran, and Belarus, while the top 3 countries for employees were Russia, Ukraine, and India.

It is estimated that 20% of the startups in the Estonian Startups Database are founded thanks to the Estonian Startup Visa. They contribute significantly to the development of the ecosystem. In particular, during the first 6 months of 2021, these startups paid 1,7M EUR in employment taxes, employed around 267 people in Estonia, and generated 14,6M EUR in turnover.

Eva Peeterson, the Head of Startup Estonia, concludes: “It’s wonderful to see the startup sector fully back on track and flourishing. While a year ago we witnessed a decline in the growth rates in terms of employee count and turnover, and a lot of companies were faced with financial uncertainty with investment deals being put on hold, the pandemic seems to have lost its negative impact on the sector as a whole. Startups are showing a powerful increase in revenues, while expanding their teams, offering generous salaries, and raising record amounts of investments. All the while, Estonia also remains attractive for relocation among foreigners despite travel restrictions. The Estonian entrepreneurs are doing a great job in keeping only the sky as a limit.”