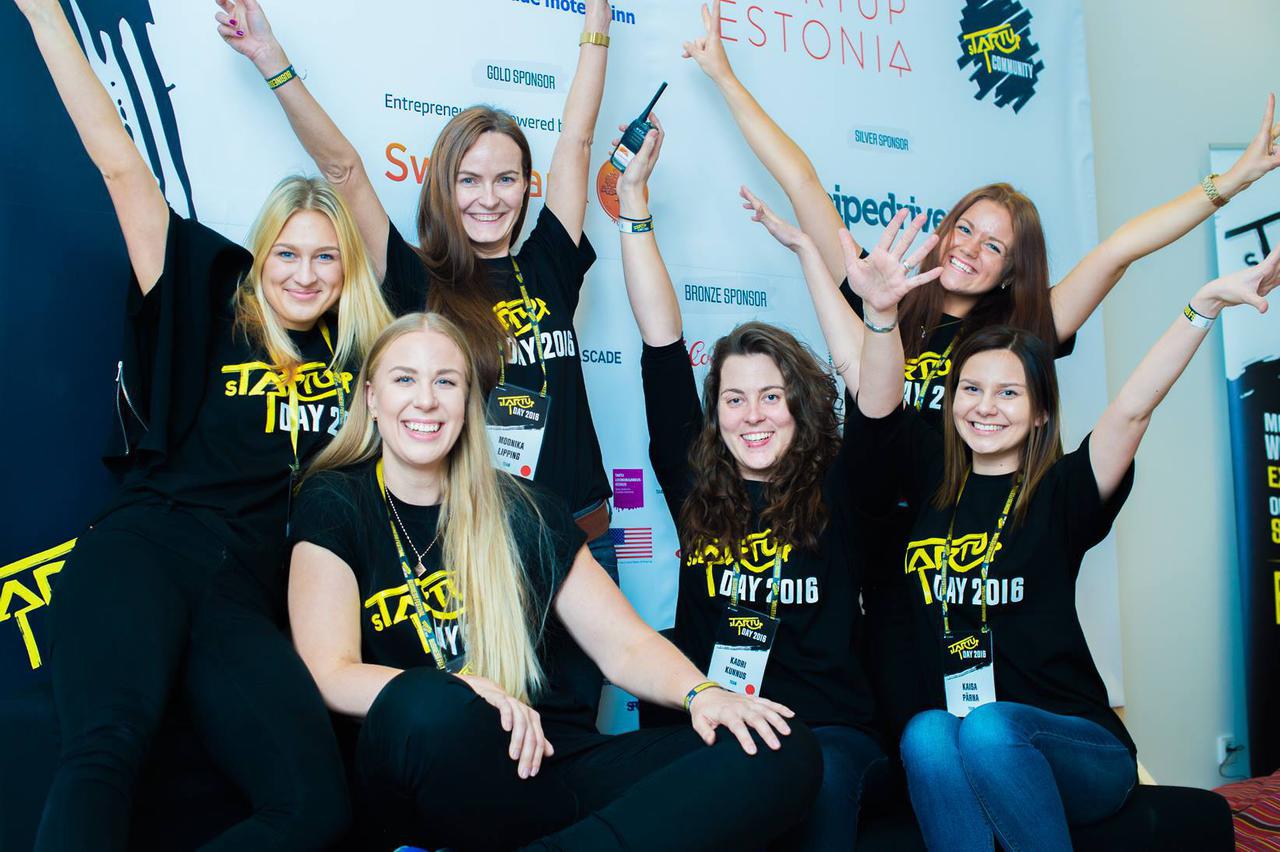 On 9th of December the local startup community gathered in Tartu for what turned out to be the biggest business festival of the year. With almost 3000 participants, the very first Startup Day 2016 exceeded all expectations and securely pinned Tartu on the map as a hotspot for startups.

Urmas Klaas, the Mayor of Tartu was pleased to welcome the business and startup community in Tartu and noted that despite the small size, Tartu is a lively fast-paced center for visionaries who wish to make business and science collide. Together with Volli Kalm, the Rector of University of Tartu they announced the construction of the new ICT building that would help bring science and business even closer. The potential of Tartu is clear and Startup Day is an obvious example of this.

Festival’s Job Area was filled with organizations and startups introducing their mission and recruiting new talent. Triin Kask, Co-Founder of Greenhouse CI was impressed with the bubbly atmosphere of the festival and shared that the need for such an extensive meeting point was obvious, “We are constantly on the watch for opportunities and so are the progressive-minded talented young attendees. We both want to get something done and Startup Day is a way for us to connect.“ She added that the goal is to leave the festival with at least one new developer on board, but also to build Greenhouse CI’s image as an employer. "Our office is like our home – with the bean bag chairs, fridge and drinks we want to make everybody feel welcome,“ said Kask.

Besides local startups, Estonian heavy cavalry with well-established international scope was also present. For example, Pipedrive and TransferWise whose booths were busy throughout the day. TransferWise’s Engineering Team Lead Jordan Valdma was happy to see so many smart, ambitious and highly motivated people attending the festival and showing interest in their startup, “We are here to keep Transferwise on the picture so people can ask what we do, get advice and find out what it’s like to work in TransferWise. Even though a festival format is too short to strike deals, many have said they would come by later for a cup of coffee or tea. We are always interested in recruiting great problem-solvers.“

The schedule of the Startup Day was filled with panel discussions, seminars, workshops and competitions. Prototron announced the winners of their next round and awarded 6 teams with a total of 44 000 euros. One of the definite highlights of the day was the Pitching Competition to find the best early stage startup in Estonia. Prior to Startup Day, the jury of investors and mentors had narrowed the selection to four startups – Tebo, SportID, Nordic Automation Systems and Deekit – before hearing the pitches and giving the title to Deekit!

According to Rein Lemberpuu, a member of the jury and one of the leaders of the Tartu startup scene, the final decision was made by international investors and largely based on the investability of the startup. He added that Deekit has shown great feedback from users thus raising its value in the eyes of investors. Kaili Kleemeier, the Founder of Deekit noted that even though the title of the Best Early Stage Startup in 2016 came unexpected, Deekit has gone through a rapid growth recently and is planning to expand even more with new features that are about to be launched soon.

Lauri Sokk, one of the main organizers of the festival shared with excitement that nobody expected the Startup Day to grow this big in the first year but it’s definitely a positive surprise. He was pleased that everything has gone more or less according to the plan, even managing to set the main stage up in one night, “We couldn’t have done it without the help of all the organizers and volunteers from various organizations in Tartu who came together and turned this vision into reality.“ As the plan is to keep on growing, the team will start planning Startup Day 2017 before the end of the year, “Our goal is to be the biggest in the Baltics!“

We wish to thank everybody who stepped by our Startup Estonia booth during the festival and hope to see you all again in Tartu on 8th of December 2017!

Find out more about the Startup Day 2016 on the festival's homepage.