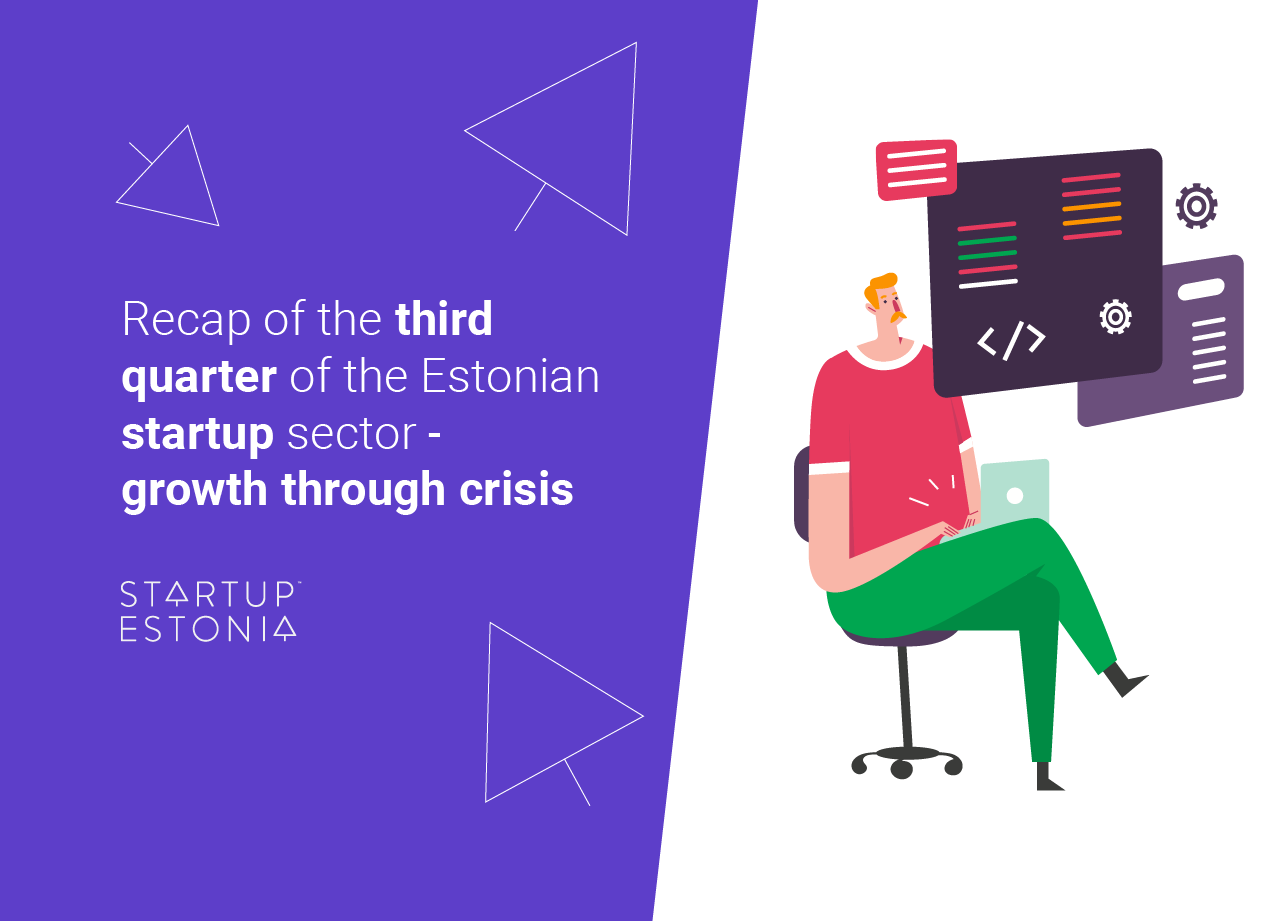 The turnover of Estonian startups totaled 562 million euros in Q3 of 2020, growing by 41% year-on-year. At the same time, employment tax payment increased by 30%, reaching 73 million euros.

''Even though it has been difficult to match pre-crisis growth rates, Estonian startups have generally done very well in adjusting and putting up these extraordinary times. As expected, some have also had to shift focus from hiring and expansion and taken on other objectives to accommodate the situation,” stated Eve Peeterson, head of Startup Estonia.

The turnover of Estonian startups totaled 562 million euros in the first nine months of 2020, growing by 41% year-on-year. The startups with the largest revenue were Bolt (214 million euros), Pipedrive (47,1 million euros), Adcash (20,1 million euros), Fiizy (11,3 million euros), and Synctuition (11,2 million euros). “Monitoring the sector is an ongoing process and with new startups constantly added to the Estonian Startup Database, we have to consider that not all startups were included in 2019. Additionally, the monumental impact of Bolt should not be understated when looking at the sector’s total revenue,” Eve Peeterson added.

“The global crisis has had a noticeable effect on the Estonian startup sector, but despite the difficult times, the number of employees working in startups has stayed consistent,” commented Eve Peeterson.

The statistics from the Estonian Tax and Customs Board show that at the end of the third quarter of 2020, Estonian startups employed 6329 people locally. A year ago, the employee count was at 6124, meaning the growth in one year has been 3%. The biggest employers among Estonian startups are Transferwise (939 employees), Bolt (606 employees), and Pipedrive (389 employees).

The FinTech sector covers 13% (141 startups) of all companies in the Estonian Startup Database with a turnover total of 45,8 million euros. At the end of the III quarter, FinTech companies employed 1692 people and had paid 20,9 million in employment taxes. The biggest employers were Transferwise, Monese, and Paxful.

The third-largest sector was AdTech & Creative Tech with 251 employees across 110 companies. The sector’s total revenue was 45,6 million and employment taxes paid tallied 2,4 million. The largest employer was Adcash, followed by Digital Sputnik and NEXD.

You can read more about other Estonian startup sectors from our website.

After announcing the funding in late July, RangeFroce co-founder and CEO Taavi Must said that while raising investments has never been easy, there were two additional hurdles during the pandemic: “First, about a third of the investors focused solely on helping their portfolio companies and even though they might be interested, they didn’t have time to consider new investments. Secondly, we didn’t have the chance to meet with investors face to face, so gaining trust took more time. In the meantime, our biggest selling point was always our product - our on-demand, cloud-based cybersecurity training platform has been successful in the US market and the increasing number of customers showed the potential of Rangeforce to the investors. So the crisis slowed down the process of funding, but amplified our message.’’

Back in August, we wrote about the two exits that took place during the first six months of 2020: Pocosys, a banking software provider was acquired by Opera and the global billing platform Fortumo was acquired by Boku. In October, we saw another Estonian startup acquisition, as performance monitoring software Plumbr was acquired by US-based provider of the Data-to-Everything Platform, Splunk.

The Q3 Results of The Cyber Technology Startups