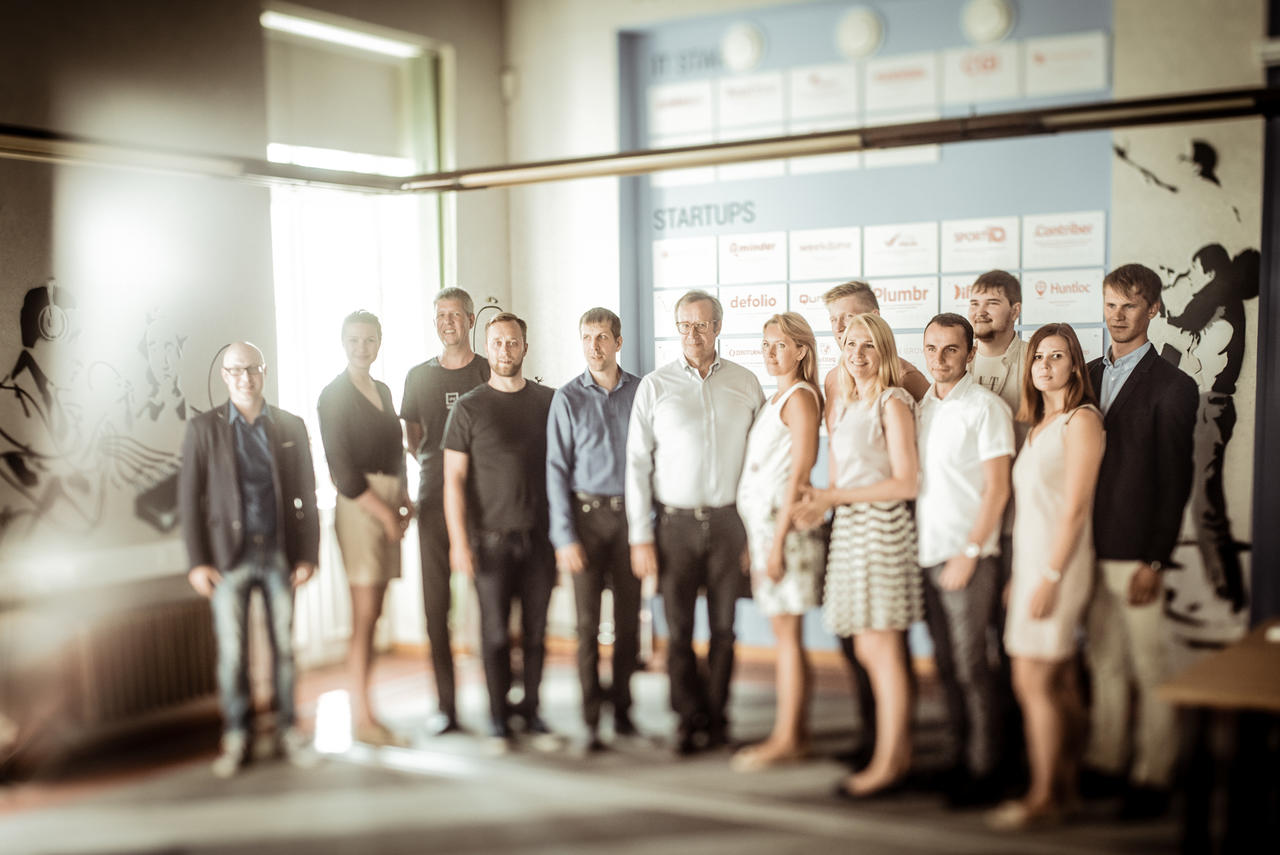 President Toomas Hendrik Ilves and Ieva Ilves visited IT companies that operate in Tartu and met with representatives of the community of local start-up companies at the Garage48 HUB Tartu to discuss recent developments in the business environment of Tartu.

The primary focus was on the exchange of ideas on the business environment of Tartu and the reasons which make Tartu a good location for starting companies, as well as the efforts made for this by the town, University of Tartu and the local business community.

"As for President Ilves, his willingness to introduce local start-up companies internationally can be described as highly commendable. He is very interested in us sharing information with him about the events that take place in the IT sphere of Tartu and the companies that operate here, so that he can retweet our tweets to his followers on Twitter, for example," told Triin Kask, co-founder of GreenhouseCI.

President Ilves suggested some ideas for boosting the global dimension and visibility of local start-up companies and promised to contribute, as much as possible, to introducing Estonian start-up companies abroad after his term in the office as the President of the Republic of Estonia has come to an end.
Rein Lemberpuu did take the chance to invite the Head of the State to give a presentation at the sTARTUp Day business conference in Tartu on 9 December; more that one thousand participants from the startup and IT communities are expected to take part in the event. At the recommendation of President Ilves, a separate Twitter account was created for the community of Tartu start-up companies, named sTARTUpTartu, which will be used to share information about the event.

Two houses – sTARTUp Hub at Town Hall Square and SPARK building on Narva Road – which are just a few hundred metres across the river from each other, have become the centres of IT, technology and hardware companies in Tartu. Today,  over 200 entrepreneurs from more than 30 different companies have come together under the roof of these buildings. According to Rein Lemberpuu, there are approximately 4000 IT specialists and the number is constantly increasing.