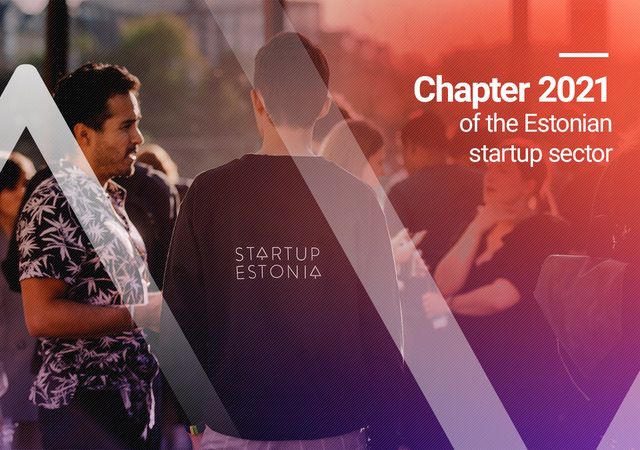 Chapter 2021 of the Estonian startup sector

In 2021, the Estonian startup ecosystem witnessed several significant moments. Wise became the first Estonian decacorn, investments into Estonian startups more than doubled compared to 2020 and the turnover of startups showed a very high growth rate. Our startups are getting more mature while offering jobs to more than  8100 people and paying 125M EUR in employment taxes in 2021. Furthermore, 4 startups successfully exited and 3 new unicorns were born. Let’s dig deeper to 2021 in the Estonian startup scene!

To date, the Estonian Startup Database is home to 1301 startups, with 121 new startups created so far in 2021 and 2022. Since the interactive nature of the database, this is not a finite number, as a lot of startups founded in the given year will be added later on. To date, the database contains 195 startups registered in Estonia during 2020 and 237 startups registered during 2019. According to the State of European Tech 2021 by Atomico: on a per capita basis, Estonia retains its leadership position as the region’s most entrepreneurial country for tech startups. Estonia has the highest startup density of any European country (1107 start-ups per 1M inhabitants), followed by Iceland and Ireland.

The proportion of female startup founders is 16%, showing a slight increase compared to 2020 (15%). This ratio is pretty similar to the average in Europe since according to the State of European Tech 2021 by Atomico, indicating that 15% of the founders in Europe are women.

If we look at the sectors in 2021, the biggest turnover belonged to Transportation & Logistics (791 M EUR), with Bolt contributing the most (723 M EUR), followed by the FinTech sector (149 M EUR), Business software & HR (113 M EUR), CyberTech (76 M EUR) and AdTech & CreativeTech (61 M EUR). Please note that turnover data is published based on the quarterly data from the Estonian Tax and Customs Board and therefore is not comparable with companies’ financial year annual reports data.

Based on the crowdsourced database and the Estonian Startup Database, Estonian startups signed 90 funding deals for 928 M EUR in 2021, with 47 deals valued at more than a million euros. In 2020, there were 76 new investment deals, 32 valued at least 1M EUR, and the total amount invested was 440,9 M EUR. The biggest investments in 2021 were made into Bolt (620 M EUR), followed by Glia (64,1 M EUR), Veriff (58 M EUR), Starship Technologies (14 M EUR), and Scoro (13,8 M EUR). And 2022 has already begun with news about Bolt's next massive investment deal (628 M EUR) together with Veriff raising 89 M EUR (and becoming a unicorn)  and Starship Technologies 50 M EUR quasi-equity facility agreement with the European Investment Bank (EIB), bringing the total amount of investments in 2022 alone already to 850 M EUR and proving that it will be another record-breaking year.

Since July 2021, the Estonian startup ecosystem can boast of its first official DECACORN - the FinTech giant Wise. Furthermore, also 3 new unicorns founded by Estonians were born - ID.me, Zego and Gelato. Together with Estonian Founders Society and Invest in Estonia, in April 2021 we came up with the amended definition of an Estonian unicorn to better notice our globally successful founders and the impact they have on our startup ecosystem. And 2022 has already started with the news of Veriff becoming the 9th Estonian unicorn, further ensuring Estonia's position as first in Europe in the number of unicorns per capita.

In addition, our startup sector success was also noticed outside of Estonia. According to the State of European Tech 2021 by Atomico, on a per capita basis, Estonia retains its leadership position as the region’s most entrepreneurial country for tech startups, followed by Iceland and Ireland.

In the GSER2021 report, Estonia rose from 14th to 6th position among emerging ecosystems. Overview of Central and Eastern European startups 2021, published by Google for Startups, Atomico, and Dealroom, indicates that Estonia, followed by Romania and Poland, has created the most startup value since 2000. In terms of venture capital investments plowed into startups between 2015 and 2021, Estonia is leading with 2,62B EUR. Besides, Estonia has raised the most investment per capita (1967 EUR) of any country in Europe. As for the startups created per 1M inhabitants, Estonia came in first place globally with 1048 startups, followed by Israel (904 startups) and the US (724 startups).

All in all, 2021 was a year of new heights and milestones reached and as the start of 2022 has already indicated, with the Estonian startup sector members' creative and dedicated minds and sparkle in their eyes, 2022 will continue with steady growth accompanied by impactful developments towards realizing dreams of building a better future.